Treasures of the Southern Sky

Buy it on the ESOshop

Buy it on Amazon.com 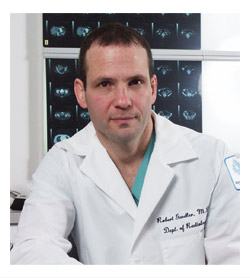 Robert is an American amateur astrophotographer whose skill has earned him international acclaim. He was featured in the PBS documentary, Seeing in the Dark, by Timothy Ferris, who called Gendler "one of the great astrophotographers in all of history." Robert is known among fellow astrophotographers as a pioneer who is always exploring ways to push the available technology beyond its limits. He has published two books on astrophotography. The first, A Year in the Life of the Universe (Voyageur Press, 2006), was published in four languages (English, Spanish, Polish, and Greek). His latest astrophotography book, Capturing the Stars: Astrophotography by the Masters (Voyageur Press, 2009) highlights the work of the most accomplished astronomical imagers in the world. Gendler received the Hubble Prize for contributions to astrophotography at the Advanced Imaging Conference in San Jose, California, in 2007. Robert lives in Avon, Connecticut, with his wife and two children. His work can be viewed at www.robgendlerastropics.com 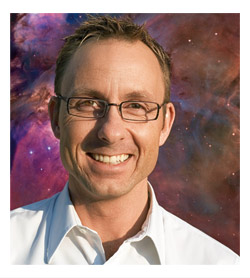 Lars is an award-winning science communication specialist who heads the European Southern Observatory's education and Public Outreach Department, where he is responsible for public outreach and education for the VLT, La Silla, for ESO's part of ALMA, E-ELT and ESA's part of the Hubble Space Telescope. He obtained his Master's degree in physics and astronomy from the University of Copenhagen, Denmark, and has more than 100 publications to his credit, most of them in popular science communication and its theory. He has written several books on popular science and science communication and these have appeared in English, Finnish, Portuguese, Danish, German, Korean, Slovenian, Japanese, and Chinese. Lars is Press Officer for the International Astronomical Union (IAU) and founder of the ESA/ESO/NASA Photoshop FITS Liberator project, and the executive producer and director of two astronomy documentaries. Lars lives in Munich, Germany, with his wife and son. 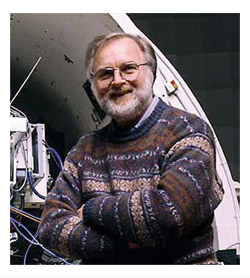 David has been involved in scientific imaging for almost all of his working life. In the 1960s he worked for a large international chemical company in the north of England, where he founded and ran a laboratory that used physical methods such as microscopy and X-ray diffraction techniques to solve problems in pure and applied chemistry. The enabling technology for many of those techniques at that time was photography. In 1975, he was recruited as a photographic scientist for the newly commissioned Anglo-Australian Telescope (AAT) in Australia and turned his attention to larger and more distant things. At the AAT he developed several new photographic techniques that led to some significant astronomical discoveries. The same processes also allowed the creation of some of the first three-color images of astronomical objects in 1978, and these photographs have been widely published and used by David and others to explore and explain the astonishing beauty of the objects of the night sky. The additive three-color process is now universally used by both amateur and professional astronomers alike. Only the detector has changed. David is now retired but still actively involved with the AAO. He lives in Sydney with his wife Phillipa, where they enjoy their three children and numerous grandchildren.